All Female DJ’s Aim Change Their World in Shanghai 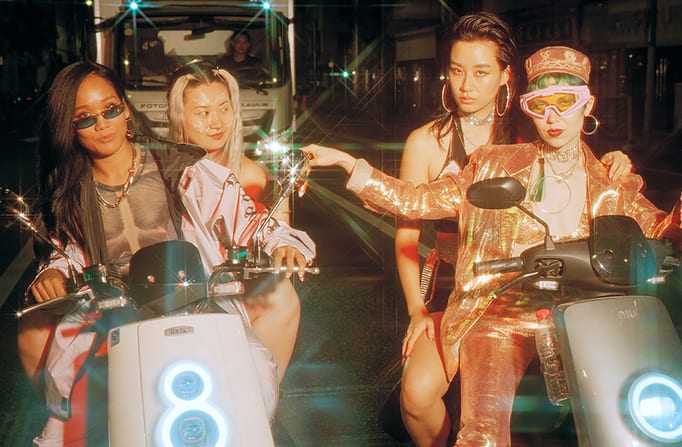 Around the world, equality is a common denominator.  In Shanghai, there is a group of women who has joined the fight against bias and unfairness through night life.  Lhaga Koondhor (a.k.a. Asian Eyez), Amber Akilla, and Daliah Spiegel are founders of the all-female DJ Collective, NVSHU.

The origin of NVSHU which is inspired by Nüshu, an exclusive script used by the women in jiangYong County in Hunan to communicate in written form at a time when women were forbidden to have a formal education.  The movement of NVSHU has similar aspirations, the founders desire a way to express their dreams and hopes in a society that does not provide enough opportunity for women, LGBTQ, and non-binary individuals to prosper in the career or business of their choice.

In addition to their own activities on the nocturnal scene, NVSHU have over the past year provided lessons in the music arena to other women and other oppressed groups.   “We want to encourage people to explore their creativity,” Akilla told Vogue. “We’ve started with music as the tool to do that, but we hope that the confidence people get from learning with a practice like deejaying can support them in other parts of their life.”

Beyonce is Flawless in Zimmerman