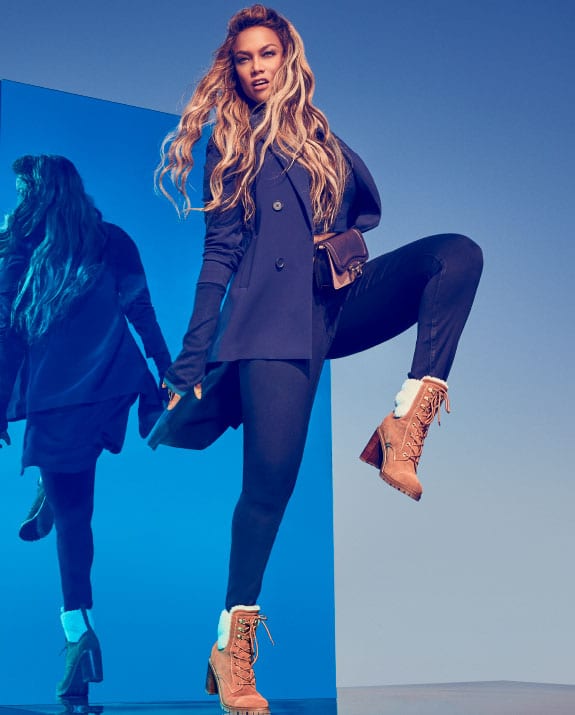 Coming out of retirement to become the face of NINE WEST, Tyra Banks announces the opening of the new theme park in Santa Monica on May 1st, MODELLAND.  “I like to say we’re like the Disney of fashion and beauty and self-esteem,” Tyra Banks told WWD.

Modelland is prospected to become an international franchise.  A place where everyone can have a super model experience.  The theme park includes live posing classes, live photo shoots, and guests leave with a look book.

Tyra Banks Modelland venture was preceded by her becoming the featured model for the new Nine West collection titled, “Innovators,” which recognizes Banks as a “groundbreaker.”  “My team showed me what they stood for, and it’s about empowerment of women and innovators. I’m like, ‘Wow, that’s what I’m about.’ It felt nice to do something that wasn’t just posing and modeling clothing. That’s why I said yes,” Tyra told WWD.

All in all, Tyra has realized that her role in Fashion & Beauty is more than being a face, but a key figure that is a catalyst to empower other women as well.  Modelland and Nine West is just the beginning.  I look forward to seeing what else she comes up with.  Tyra, don’t you dare think about retiring again, just yet…:)